Categories: Guitarists, Soloist Tags: Beverly Hills, Burbank, Calabasas, City of Industry, Culver City, DTLA, Glendale, Granada Hills, Hawthorne, Long Beach, Los Angeles, Malibu, Marina Del Rey, Orange County, Pacific Palisades, Palos Verdes, Pasadena, San Gabriel, Santa Monica, Southern California, Torrance, West Hollywood, Westlake Village
Rated 5.00 out of 5 based on 1 customer rating
(1 customer review)
About Ben
Ben is a professional guitarist and composer from Los Angeles, CA. Growing up in a family of talented instrumentalists, he began studying music at the age of 5, and began studying guitar at the age of 10. In 2013, he attended Berklee College of Music in Boston, Massachusetts, and graduated from Berklee in 2017 with honors and a BA in Contemporary Writing & Production with a concentration in guitar. While studying in Boston, Ben started working frequently as a solo guitarist for private events throughout New England, and became well versed in classical and popular contemporary music.

Currently based in Los Angeles, Ben performs live regularly as a solo and supporting electric and acoustic guitarist for live entertainment events, recording sessions, weddings, corporate functions, and other private events in Southern California. He also teaches private instruction online and throughout the LA area.

Booking acoustic/electric guitar player from Ocdamia Music Group, LLC. grants you access to our team of professional solo guitar player in Los Angeles, attentive customer service and expert advice from our friendly staff 24/7, and most importantly, our customer guarantee.

We guarantee that your solo guitar player in Los Angeles booking is covered 24/7 against any eventuality.

In the event that an artist or musician cancels due to unforeseen events, our team will find a suitable replacement.

What is a classical guitarist?

What does a rhythm guitarist do?

What music will a classical guitarist play?

What if the artist cancels a booking?

If due to unforeseen events an artist cancels a booking, Ocdamia Music Group will find a substitute musician who can play the same type of music at your event, even if the cancellation happens a day before the appointment. We have over 100 musicians in our team, so we can find a replacement right away.
Booking and General Policy 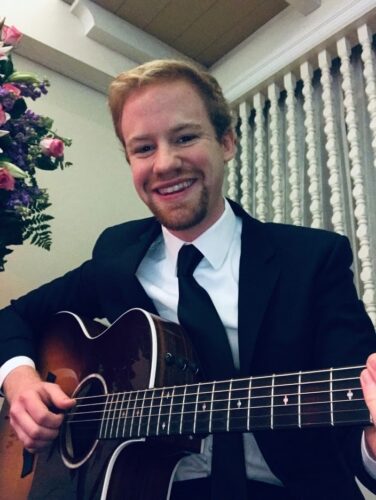 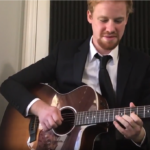