Categories: Soloist, Violinists Tags: Beverly Hills, Burbank, Calabasas, City of Industry, Culver City, DTLA, Glendale, Granada Hills, Hawthorne, Long Beach, Los Angeles, Malibu, Marina Del Rey, Orange County, Pacific Palisades, Palos Verdes, Pasadena, San Gabriel, Santa Monica, Southern California, Torrance, West Hollywood, Westlake Village
Rated 5.00 out of 5 based on 2 customer ratings
(2 customer reviews)
About Yasmeen
Yasmeen is an electronic soul-pop vocalist and violinist residing in Los Angeles. Yasmeen began her music studies at the age of six under the instruction of Fudeko Takahashi at the New England Conservatory. She has performed all over the world, particularly in Germany, Italy, England, Austria, and the Czech Republic as well as in the United States in revered music and entertainment venues such as Carnegie Hall, Symphony Hall, Royce Hall, and Tanglewood. Yasmeen majored in violin performance and political science at UCLA. After arriving at university, she won the 2013 All-Star Competition and performed as a soloist alongside the UCLA Philharmonia.

Alongside her classical studies, Yasmeen branched out in a variety of genres: she has opened the American Music Awards under a Coca Cola sponsorship, for Thundercat, the Roots, and has worked with successful famous musicians and producers, including Desiigner, San Holo, Alessia Cara, Jason DeRulo, Hans Zimmer, Karmin, Melissa Etheridge, Natasha Bedingfield, Charlie Heat, Mike Dean and works regularly with successful YouTube stars Sam Tsui and Kurt Hugo Schneider. She is currently working on a solo project and works as a string session player and arranger for many recording studios, including Interscope, Capitol, and EastWest.
A sought-after modern solo violinist in Southern California, Yasmeen performs live at weddings, corporate functions, and other special events. She enjoys dancing along to upbeat tunes such as hiphop, electro-pop, and dance music.

Booking hip-hop violinist in Los Angeles from Ocdamia Music Group, LLC. grants you access to our pool of professional hip hop violinists in Los Angeles, attentive customer service and expert advice from our friendly staff 24/7, and most importantly, our customer guarantee.

In the event that the hired hip hop violinist cancels due to unforeseen events, our team will find a suitable replacement.

We guarantee that your hip-hop violinist booking is covered 24/7 against any eventuality.

Book and hire professional hip hop violinist for your event with peace of mind. Sit back, relax, and be entertained with concert-like performances from OMG artists and musicians!

Can you sing while playing the violin?

It is possible, however, singing while playing the violin is quite difficult. It is often by alternating between singing and playing the violin. Booking a violinist/singer at your event is special and can be an amazing experience for you and your guests.

Can piano sheet music be used for violin?

How does the hip-hop tunes sounds in violin?

How important playing backing tracks along to hip hop tunes?

Playing backing tracks is important for live hip-hop violinists. The backing track provides the accompaniment to the melody from the violin. It also provides the beat and rhythm to the entire song.
Booking and General Policy 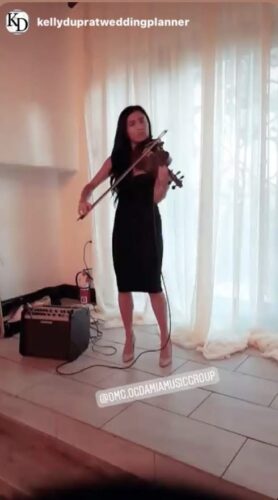 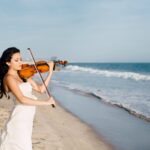 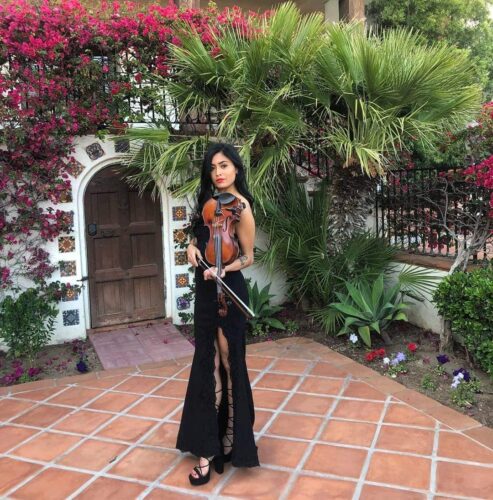 You are absolutely amazing! Thank you for doing such an amazing job for Jessica and Fred’s wedding. Everything was beyond perfect.

You are absolutely amazing! Thank you for doing such an amazing job for Jessica and Fred’s wedding. Everything was beyond perfect.

I can’t wait to work with you again!